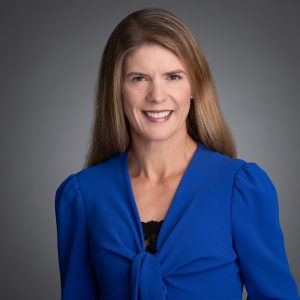 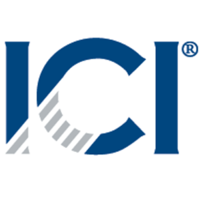 __
))
___
___
___
___
__
__
)__
__
Jane Heinrichs is an associate general counsel for the Investment Company Institute, primarily responsible for legal and regulatory issues relating to ETFs, money market funds and municipal securities.
Jobs in ETFs team recently sat down with Jane to discuss streamlining the exchange listing process, her advice for the ETF industry and her upcoming discussion with Dave Nadig and Mike Mundt on the ETF Rule at Inside ETFs in Florida.

Streamlining the exchange listing process is almost nearly as important as the ETF Rule from a regulatory standpoint. It’s a big, big deal for ETF sponsors.”

Jobs in ETFs (JIE): Tell us briefly about your career path from university to the SEC to Associate General Counsel at the Investment Company Institute. Is it something that you had a vision for when you set out in terms of what you wanted or did you find yourself there?

Jane: Though it wasn’t entirely clear to me at law school what I wanted to do, I really enjoyed the securities regulation class so I became very interested in that area, which led to me joining the SEC, starting in their office of inspection examinations and then working in the investment management division on insurance products.

To broaden my scope, I accepted an offer with the law firm Sherman & Starling where I stayed for 4 years until shortly after I had my first child when it became abundantly clear that working for a law firm and managing family life would be very difficult. The Investment Company Institute happened to have a position open, so I made the change in the knowledge that I would have the work-life balance that I wanted.

After a time working in money market funds which experienced major collateral damage during the financial crisis, I wanted a new challenge and put my hand up for a role in ETFs.

JIE: Tell us a little bit about your day to day as Associate General Counsel, what do you work on and what you enjoy most and maybe how relevant ETFs are to that.

Jane: Most of my work is policy oriented, which I really enjoy. I never thought I’d be here 15 years, but we get to be at the forefront of all the policy issues with respect to registered funds, including ETFs, which is very exciting. I work closely on what’s coming out of the SEC.

We do a lot of education in the ETF space. Shelley Antoniewicz, who is in our research department, and I collaborate closely on ETFs, and have published various publications on ETFs. I also love the interaction with members as there’s a great flow of information both ways. We like to be the one-stop shop for fund issues, and though we don’t give them legal advice, we work closely on legal matters.

JIE: Everybody knows the ICI, but it’s difficult for us to know what the culture is like inside an organisation. Can you tell us a little bit about that.

Jane: One of the standouts in terms of culture and a major attraction for me, and I think a reason why we have so many employees with long tenures here, is that it offers a way to balance work and family, while working on really interesting topics. You can get some of that in certain places, but you don’t often get both.

I expected to stay 3 to 4 years and then go in-house somewhere as a natural next step. I had been with the government, then a law firm, followed by the trade group, but I just really enjoy the work here. Things change all the time, and it never gets stale.

JIE: Biggest challenge of your career to date and how did you navigate?

Jane: The financial crisis was definitely the most challenging time in my career—where it was important to have money market funds survive, and survive in the strongest possible way as a cash management option for both institutional and retail investors.

We were the first out of the gate to offer reforms and I think we might even still be the only institute that looked at what happened during the financial crisis and actually offered up our own industry reforms that ended up being implemented—a very proactive way to address a really bad situation.

Communication was key. We had terrific member interaction, as well as mutual respect with the regulators—not only the SEC but the Treasury and the Fed, hearing each other out even when we may have been on different sides of issues.

Our advocacy and the data that we provided during that time was crucial and might have been one of the first times we ever really married the two, legal and research, in such a way that really helped ensure that money market funds survived.

JIE: It’s a particularly exciting time for ETFs now. The 20th anniversary is coming up, breaking through $6 Trn at the end of 2019, the SEC decisions on the ETF Rule and non-transparent ETFs, there’s so much going on. Is there something that you’re particularly excited about for the ETF community?

Jane: Speaking purely from a regulatory standpoint, I’m very excited that the process to bring an ETF to market now is so much more streamlined. You still obviously have to interact with the SEC, but it’s from a disclosure standpoint. You no longer have to get your exemptive order, which is huge because that was an expensive and sometimes very long process.

The ETF rule really just streamlines everything. It took the best of all the exemptive orders and it even added some flexibility—a really positive use of the SEC’s resources.

JIE: If you had one piece of advice to give the ETF industry looking forward, what would that be?

Jane: Continue to innovate. There is room to grow and the SEC at least right now seems to be more willing than ever to consider different types and styles of ETFs. I view this as a sort of a golden time for ETFs, at least from a regulatory standpoint in terms of being innovative and creative. Put your thinking caps on and get those products out there!

JIE: Tell us how the exchanges are also evolving.

Jane: In response to the adoption of the ETF rule, the exchanges are looking to streamline their own process. They each have proposals which would streamline the exchange listing process for all ETFs that can comply with the new rule. This will be huge because that process, basically having to deal with the exchange and the division of trading and markets has always also been another hurdle that ETFs have had in launching new ETFs. So, again, that’s just one more thing to streamline the process.

Right now they’re just proposals, but we expect the SEC to address those proposals in mid-February. If they are actually adopted, it will make it much easier on both fronts, both from the division of investment management and the division of trading and markets to get an ETF launched, operated and listed on an exchange.

It’s really huge and I’m surprised that it hasn’t been picked up more. People have been focused on the ETF rule, but I would say streamlining the exchange listing process is almost nearly as important as the ETF rule from a regulatory standpoint. It’s a big, big deal for ETF sponsors.

JIE: If you had a superpower, what one thing would you change in the ETF industry?

Jane: I think if I had a superpower I would probably make the ETF industry a little more diverse. Simply, I’d like to see more women and more minorities in the ETF industry. Diversity brings about different perspectives and it’s good for business. I’m involved in diversity and inclusion efforts at the ICI and we’re seeing progress, but if I could change it overnight I would.

JIE: You’ll be speaking at Insight ETFs in Florida. Tell us about your session on unwrapping the ETF rule and its impact and what attendees can expect to take away.

Jane: I’m delighted to be joining Mike Mundt of Stradley Ronon Stevens & Young and Dave Nadig of ETF Trends. We’ll go over the rule, some of the highlights and challenges, things that folks need to think about as they convert to the rule requirements.

We’ll discuss the exchange listing requirements. Each of the proposals from the three different exchanges are slightly different and it’s unclear at this point what the SEC will ultimately adopt, but I think it’s really interesting because it really does take down some of the barriers to being listed on an exchange.

We’ll touch on non-transparent ETFs from the regulatory front and also make sure people understand that they are not covered by the new rule. Any sort of non-transparent or semi-transparent actively managed ETF will still have to get an exemptive order. They’ll also be probably subject to separate listing requirements by the exchange. Although their processes will likely be streamlined, it will not be quite as streamlined as those that can rely on the rule.

Leave your thoughts Click here to cancel the reply