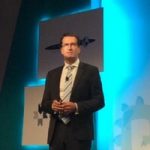 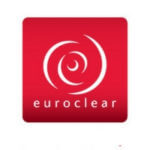 “This is how I came to setting up my own company overnight!”

Stephan Pouyat is Global Head of Capital Markets and Funds Services at Euroclear. The Capital Markets business represents €33 trillion of assets under custody across the group, while the Funds Services business represents approximately €2 trillion. Stephan is also a trusted advisor to Ministers of Finance, Governors and Deputies, including the Heads of Debt Management and various regulatory bodies. He is a highly regarded speaker in the industry and leads discussions with various senior level government officials, with the objective of implementing solutions that help to increase market liquidity, resulting in a stronger macroeconomic climate and financial stability.

Jobs in ETFs sat down with Stephan to discuss his studies, career path and advice for young generation entering the ETF industry.

“My business unit’s fundamental role is to promote financial market inclusion, social responsibility and provide operational excellence in all global markets in which it operates, focusing specifically on 28 emerging economies and their local debt capital markets expansion and funds services requirements. I’ve held a number of senior positions within Euroclear in product management, network management, chief of staff to the UK and Dutch CEOs, corporate restructuring and corporate strategy“, says Stephan about the nature of his current role.

Although Stephan has been working in the financial services industry sector for some time that’s not where his career started.

“I studied at Polytechnique Lausanne (Switzerland) and started my career as an engineer in information services. When I was 24, I felt like exploring the world and so despite knowing only a few English words, I decided to move to the US. My first job after I arrived was not the challenge I had anticipated, so I continued to look for other opportunities. I then found a role within the business performance engineering sector.

Full of hope I put together a proposal for a big German track company based in Pittsburgh but didn’t hear anything back for 3 months. After accepting the fact that I didn’t get the job I got a phone call…with an offer to start immediately! I started as a contractor on a three month contract but after only one month, my boss was so enthusiastic about my work and what I delivered, I was then given the opportunity to setup my own company overnight!”

Later on (prior to joining Euroclear), Stephan was employed by Federated Investors as vice president for e-commerce, where he developed a web-based settlement engine before moving back to France; and three years later he got a call from his previous boss.

“He called and said he was promoted to be the executive management director of the company we both used to work for. He was only 32 years old! I asked him why he was calling me and he said I should come back. My first reaction was to laugh. I was fully settled in France by then. He continued explaining how the funds supermarket we’d created had generated $14 billion of asset transactions in three years and that’s why he was promoted. Then he asked again: Will you come back? And so I did and this was the beginning of my career in the financial services sector. “

However, Stephan’s first encounter with ETFs wasn’t until he returned back to Europe after 2001 and joined Euroclear. He is very passionate about what he does in his current role.
“What we are doing is effectively simplifying the European issuance and settlement processes for this much sought-after investment product. The huge growth in European ETFs shows no sign of abating, and it is critical that the infrastructure providers like Euroclear have the right platforms and processes in place to manage the increasing volumes. Our model supports ETF issuer distribution in an efficient manner in Europe and beyond. Local CSDs can also provide post-trade services for internationally-structured ETFs via their links with the International Central Securities Depositary( ICSD), achieving the best of both worlds.”

Stephan feels that ETFs have the capacity to bring more stability around the world and thanks to Euroclear and his position he considers himself lucky to be able to contribute to the development of the ETF industry. His team launched the first ETF to come to market in continental Europe using an international security structure.
“The aim of the new international structure was to remove historical post-trade fragmentation and re-alignment complexities inherent to trading ETFs on multiple exchanges.”

With Stephan’s successful career in the ETF industry, Jobs in ETFs were interested in hearing his thoughts on what we should keep an eye out for.
“The industry needs high liquidity. The industry needs the capacity to move freely from one market to another, from one country to another, from one continent to another. For the industry to really become global, there needs to be seamless interaction between the US and Europe, between Europe and Asia and between the US and Latin America. That freedom of movement is something that still needs to happen. And ultimately, that’s why I’m doing this job.”

The ETF industry has been growing and is predicted to triple its growth by 2021 according to a PwC report (2016). However, the younger generation is still not particularly driven towards the industry as the most popular career choice.

Nevertheless, Stephan believes that: “…the most exciting aspect of a career in the ETF market is that the industry is very competitive. I mean there is this healthy competition that gives you a lot of freedom of choice, which allows you to move from company to company, from country to country and even across continents. If I was young again, I would absolutely love the fact that I can spend 10 years in London, then move to Hong Kong, spend another few years in New York or work in Japan for a few months…and to know I can carry my expertise and connections across the globe. You should definitely take advantage of this opportunity.”

Another important aspect of successfully attracting the right talent into the ETF industry is creating the right environment. “As I mentioned previously, most ETF industry players are extremely competitive and it is this competitiveness that creates the right environment for creativity and innovation. The industry should therefore be able to attract the best and brightest. With ever growing globalisation, the market faces more and more distribution network challenges and so what this industry really needs are brilliant people.”