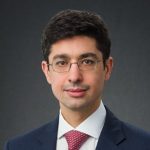 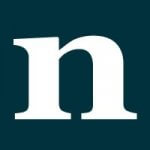 Martin Kremenstein has spent 20 years working in the investment industry, working his way up to help firms such as Deutsche Bank and Nuveen launch their US ETF platforms.

He talked to Jobs In ETFs about the importance of learning to let others contribute to your work, launching value-added products and always challenging yourself by reading about trends like cryptocurrencies.

… I’ve noticed that you should behave like you are on a treadmill, in that at the very least you need to be walking forwards in order to stand still.”

Jobs In ETFs (JE): Can you explain how you ascended in the ETF industry and came across new opportunities?

Martin: In 2005, I was working for JPMorgan Chase as a Vice President in Market Risk Management in New York and was looking for a move out of risk management and into a front office role. A friend of mine shared with me that the team who had launched the PowerShares DB Commodity Index Tracking Fund (DBC), was in search of someone to join their team.

About two weeks after I joined, we grew from our one fund with about $500 million under management, and launched the PowerShares DB G10 Currency Harvest Fund (DBV), followed by nine additional ETFs launched within the next year. In early 2009, I took over the business after my manager left. At the time we had $4.5 billion under management. By the end of that year, the business grew to $13.5 billion and the PowerShares DB suite was probably the sixth or seventh largest ETF platform in the U.S. by assets under management.

I knew it was important continually think of ways to diversify the business, despite it being a time of a lot regulatory scrutiny of indexed commodity investments. This was difficult to do at Deutsche as we were in the investment bank, not in the asset management arm; furthermore there was a moratorium at the SEC on issuing new exemptive relief to allow asset managers to launch securities-based ETFs. We were one of the first asset managers to seek out a small ETF issuer, which we bought primarily for its exemptive relief. So, we had a four-person team running $15 billion worth of commodities assets during the day, and in the evening we were doing an M&A transaction.

We spent 2010 buying out XShares Advisors and in 2011 we launched five currency-hedged equity ETFs.

As part of a newly created division within Deutsche called Asset and Wealth Management, we rebranded DBX products to ‘Xtrackers’ and made progress with distribution. We started 2013 with about $30 million in assets and by September of 2014 I was moved to a different role, and the Xtrackers platform had around $3 to $4 billion in assets mostly based in the currency hedged suite. We had had additional launches by then, including ASHR, the first ever China A Share ETF listed outside of Hong Kong which was a big win in terms of innovation and developing the U.S. market.

JE: In 2009 when your manager left, did you feel ready to step into their shoes at Deutsche?

Martin: It was a baptism of fire. They had gone looking for an outside candidate and I’d interviewed some of them. My general view was that, if that’s who you’re looking to bring in, I can do that and I had already taken a leadership role in the business.

In 2009 we had agreed with the regulator that we would rebalance two of our funds to deal with some regulatory restrictions that were in the pipeline, and with that, the market knew we were about to rebalance $7 billion of commodity futures over a two-week period.

Despite this being a stressful time, we came through with the worst behind us and the confidence to move ahead, do the M&A transaction and push the business forward.

JE: What was the most important lesson you learned when it came to building an ETF business?

Martin: I think it’s important to bring people in on the vision sooner than later. At Deutsche I built the Xtrackers business in a silo and was very protective over it. When I came on board at Nuveen, I was much more open, bringing various groups such as the sales team, into the process earlier. I wanted to be more embedded into the fabric of the organization and a lot of leverage was gained by tapping into that organization. It’s a well-run asset manager with resources to use and strengths to lean on. We can build great products, but we can do much better by getting everyone on board.

JE: How did you know when it was the right time to switch to Nuveen?

Martin: I spent a year looking around and talking to people, and I knew it was time to move on. A good friend had told me, ‘If you want to leave but don’t know exactly where or for what, you should do something every day that works towards that goal of leaving.’ In the end it came down to two real opportunities – one was at Nuveen and the other was working on a smart beta platform for a hedge fund. The interview process was close to a year for Nuveen from first contact to handing in my notice. They wanted to work out whether they were getting into the ETF business and if so, whether they should acquire or build it organically. I spent time building a business case for them, explaining how an organic build-out works. By July 2015 when I handed in my notice, I was very comfortable with the organization I was going to, knowing I would be happy and it would give me the resources and scope I wanted. I had been largely left alone at Deutsche – I had a very autonomous role there. I wanted to make sure I had similar autonomy at Nuveen.

The management team here at Nuveen is very strong. It’s a really solid asset manager with a long history. When you combine its asset management divisions with the parts of the business that came over from TIAA’s asset manager, we have a huge scale asset manager with strong investment capabilities in cutting edge areas like responsible investing and smart beta fixed income. I was like a kid in a candy store in terms of the number of strategies we could develop and bring to market.

JE: How do you judge which products are best to launch?

Martin: I can give you an example, in the way we built our Nushares ESG ETFs. There are several ways we differentiate. Firstly, this is the most granular and comprehensive suite of responsible investing ETFs that have a consistent ESG framework and that’s important for investors. We listened to what our retail clients needed, which was a simple and usable ESG products set. We worked closely with our Responsible Investment team, as they have been specialists in this area for decades. The Responsible Investment team worked with our index providers to build custom ESG indexes and insisted on incorporating a low carbon overlay, as ESG on its own doesn’t always give you a reduced carbon footprint. The Nushares products are the only ESG ETFs with an explicit carbon overlay in addition to the ESG screen. We’ve tapped into those around us with specialist knowledge to build the best and most usable products out there which adds value to the marketplace.

JE: You mentioned learning to become less protective over your work. What other personal challenges have you overcome?

Martin: I’ve noticed that you should behave like you are on a treadmill, in that at the very least you need to be walking forwards in order to stand still. You need to be evolving how you do things. The business I am building at Nuveen, NuShares, is very different from the one I built at Deutsche, Xtrackers, and that is very different from the one I inherited at Deutsche, the PowerShares DB suite. The market is moving on, your clients are moving on. If you can’t move on too then you will get stuck.

I’ve read articles recently which say there are too many ETFs coming out. Firstly, I’d say that there were more mutual funds launched last year than ETFs but, more importantly, new ETFs are anticipating the development and evolution in the market and you have to be, too. Every client is getting one year older every year. Their needs change and if you look at that on a broader demographic perspective, things are changing and you should, too. From my perspective I’ve tried to keep on the forefront of what’s new. I’m still confusing myself trying to learn about cryptocurrencies, for example.

JE: What advice would you give to people who are going for job interviews in the industry now?

Martin: You need to show the people you’re meeting with that you’ve studied the industry, that you’re keen on it and that you understand it. ETFs are not the most complicated products in the world but there are still things to learn. Show that you’re willing to learn and show that you can see things from the client perspective.

JE: How do you spend your typical day in your role at Nuveen?

Martin: My role has moved on since I came on board. I’m now running the retirement products business as well as the Nushares ETF business. I spend time between my two teams. I’ve hired two very strong individuals to run the ETF business and they keep me insulated from some of the more quotidian aspects.

I work with our distribution partners, both internally and externally, on how we can move products in the market, and I spend a fair amount of time reading about markets, what other products are coming out, and see if there is inspiration for us. I spend time with client calls, our portfolio manager partners and other partners.

JE: What did speak about at the Inside ETFs conference in Florida?