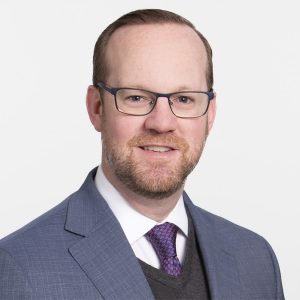 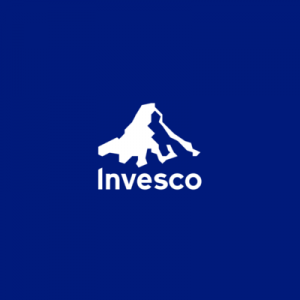 Eric believes in the power of direct communication as an avenue to success in all facets of life and recently sat down with Jobs in ETFs to discuss work culture, what he looks for in a hire, giving back and moments with Jack Bogle and Charles Schwab.

Do something you love. I hand on heart love ETFs… In all facets of life direct communication seems to be the best avenue towards success.

Jobs in ETFs (JIE): Can you explain briefly how you progressed your career and what your roles involved?

Eric: I got into ETFs in 1999. Initially, I wasn’t sure about finance, my father worked at the American Stock Exchange and I majored in English. However, after graduating and looking around I asked my father to get me an interview with anyone who would have me at the exchange. Three interviews later and I landed a role recording trades at Susquehanna. It was my first experience of ETFs and in hindsight the timing was perfect. The Nasdaq 100 ETF, QQQ, listed in March 1999 and I joined on 4th April 1999.

I spent several years there and on the floor of the NYSE, until 2007 when the traditional floor trading model was starting to become more electronically driven and I moved to the ETF listings team at the exchange. Interestingly, my first client to issue was PowerShares (now Invesco ETFs).

After two years here I moved to Charles Schwab where I stayed for six years and then left to join Invesco in 2016 where I worked with the Invesco Global ETF Trading Team.

JIE: How have you known when to move roles/companies?

Eric: My first move was obvious as the trading floor was dying so too were the jobs. You jumped or would end up being pushed.

Charles Schwab was an experience of the other side of the fence to being a market maker. They were building the brand out and it was a good place to be at the time. However, they were focused on the US and I felt there was a lot going on in the ETF sector globally, which prompted my move to Invesco, a more global brand.

JIE: How can you make sure the brand is a success in Europe and other non-US regions?

Eric: In Europe there are challenges, but they vary from region to region – and with this so does the focus on what needs changing. In the US, retail investors were the first adopters of ETFs and then it became an institutional product. In Europe, it’s almost the polar opposite – and I believe the split is still in favour of institutional investors at 75:25.

While ETFs are a great leap in investing technology and we know that because we deal in them, the characteristics speak for themselves and this is why there is growth.

JIE: What has been the biggest challenge in your career so far?

Eric: My personal challenge is to stay ahead of the game. When I started here it was easy to be niche and nimble because we were fairly small. But we are big now and have over 7,000 employees, most of whom I oversee.  Trying to keep my arms around that with all its moving parts is my main challenge.

JIE: What has been the highlight of your career to date?

Eric: There are two notable times. Firstly, in 2011 I did a breakfast presentation where Jack Bogle was in the audience. We wound up at the end of the presentation having a debate together on the merits of different wrappers, Mutual Funds versus ETFs.

Secondly, was when – in 2015 after the flash crash – I was called by my boss’s boss and told that I was to go to see and explain to Charles Schwab what had happened during that time. It was nerve wracking, but amazing to meet someone so prolific in the investment space. Our conversation went on for several hours.

JIE: You have been at the heart of the ETF industry for 20 years working at a range of industry leading firms – how important is work culture and how has each business contributed to your development?

Eric: The cultures have been very different everywhere I’ve worked. When I was young at Susquehanna it was a very aggressive jocular culture, but great fun. At NYSE I got to work with some of the best people in the industry during a very difficult time in our history.

At Charles Schwab there is a strong culture whereby the client always come first. Invesco is very similar in placing the clients’ need first and foremost, but it is different when compared to Schwab.  The performance of our investments is a top priority as investment management is the only thing Invesco does and therefore there is a laser focus on the results.  As an outcome, Schwab investment management was fairly apolitical, while here there is a strong level of competitiveness, which you’d expect in a results based firm.

JIE: What do you look for in the people you hire?

Eric: Ultimately, I will look for someone who likes to trade, knows about it and has had to carve a living from it. What I mean by that is someone who has had to pay bills on the back of their trading job.

Other than that it’s who fits and we have a range of people on our team ranging from early twenties to late forties, from scientists to consultants. There is no single type of person who fits the mould.

JIE: Tell us about the importance of teamwork over individual goals and how you achieve a strong team culture?

Eric: It’s very important. When I got here the seat had been vacant for six months and as a result – as you’d expect – there was a lot of jostling for position in the team. This is a good thing, but it also meant they needed bringing together. So, this was something I worked hard on from the very beginning, reminding them that working together and all doing well benefited everyone.

Communication is another key factor; from them and to them. We brought in ‘copying’ the full team in so that everyone knew what was going on from a group and business point of view. This helps with morale and success.  I have a keen focus on the philosophy that my employees success will lead to my own success.

JIE: What are you most excited about in the ETF industry today?

Eric: The US is largely saturated but there is huge growth internationally which is exciting. We are seeing double digit growth in ETFs globally.

The other thing that is exciting is the technology. We are ready for the next step in technology, whether this is blockchain, tokenization of assets or something else I don’t know exactly yet, but it’s on its way and will largely be determined by what the investors want.

JIE: What are the biggest challenges facing ETFs?

Eric: Again, the challenges vary based on the region. But education still seems to be the biggest challenge. Educating people on what type of investment they choose. The other thing is the ETF acronym, people are beginning to get a grasp on the exchange fund, but the traded part is still difficult; and it is. There are a lot of complex moving parts in it. Primary and secondary markets. Market makers. Various clearing entities.  Creation & redemption. Trading on exchange, traded OTC, etc. This is not every day stuff for a passive investor.

JIE: What is the best bit of advice you’ve received in your career?

Eric: When I first got into the industry my father said to me ‘you don’t have to be the smartest guy in the room, but don’t be the guy that’s outworked’ and this has really stuck with me ever since.

JIE: If you can give advice to those who are just starting in the industry, what will it be?

Eric: Do something you love. I hand on heart love ETFs. They’re so interesting and they have evolved so much over a short time. If you can do something you like or love, then that’s really good and it doesn’t feel like work.

JIE: You are actively involved in the ACPs free Mentoring Program – have you had a mentor and  how important is it to give back and help others develop?

Eric: I have never actually had a formal mentor, but I have had a few good bosses who I have taken certain bits of advice from.

In terms of the ACP, it’s quite personal. I was two blocks away when 9/11 happened and it was the most traumatic day of my life. It made me question a lot and I knew I had to give something back. A friend at UBS suggested I try it and I’ve not looked back. I love it and am now on my third mentee.

JIE: How do you achieve work-life balance?

Eric: Good question. It comes down to communication. I have a wife and two children, I travel a lot, but I also work from home a good percentage of the time as a result of this. So long as I give notice on what I’m doing and where I’m going it works. When this breaks down then it’s not as smooth.

When I was a trader, I worked 7-5, fairly straight up hours. At NYSE I was in Jersey and not home until 8pm while my second child had just been born, this was difficult. At Schwab the hours worked better, but as my role grew, I travelled more, and this is what puts you away from home. So we just worked it out and found that communication to it all was the key.  In all facets of life direct communication seems to be the best avenue towards success.

Leave your thoughts Click here to cancel the reply