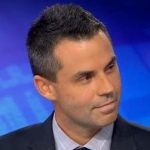 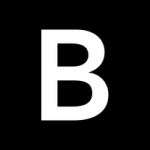 Eric Balchunas is known as one of the go-to people on ETFs. After 18 years at Bloomberg, he has become the senior ETF analyst, producing interesting articles and insights on a $5 trillion industry.

As well as having thousands of followers on social media, Balchunas is involved in the first ever television show about ETFs (Bloomberg ETF-IQ) and also participates in an ETF podcast.

Having worked for both retail and institutional clients, the commentator and author spoke to Jobs in ETFs team about how he first chose his subject matter, predictions for future ETF growth and what the ‘reactionary media’ gets so wrong.

“… the whole ecosystem will involve ETFs more and therefore there will be all kinds of jobs and plenty of opportunity. To me, the industry seems really in tune with the modern age of Wall Street.”

Jobs in ETFs (JE): How did you rise through the ranks from reporter to senior ETF analyst at Bloomberg?

Eric Balchunas: Bloomberg was a good fit for me from day one. I covered ETFs as an assignment in 2006 and immediately I could see their potential. As I had a background in covering mutual funds and closed-end funds as a reporter, I could see ETFs were a game changer in terms of their structure. I devoted myself to becoming an expert, improving our data sets and becoming the ETF guy internally.

The cool thing is ETFs cover everything. I have an instantiable intellectual curiosity and ETFs always feed it. And it’s fun: ETFs take you across the world and into all kinds of asset classes. Added to that, Bloomberg is a huge multi-dimensional media and data company, so there are plenty of avenues to explore for me.

JE: You have more than 13,000 followers on Twitter. How do you advise people to build up their following?

Balchunas: Just do it slowly and surely. You can’t expect to sign up to Twitter and get a bunch of followers quickly. It took me five years to get to 1000 followers. They come easier as you get to 5,000 and 6,000, and you start to get retweeted by other people.

The other thing I love is that once you do get some smart people following you, they will push back on what you put out there and for me, it’s a great way to vet my stuff. I can tell what might work, readership-wise. I learn from it. Sometimes I’m embarrassed that I get stuff wrong and get called out, but it really helps.

In addition, there’s the promotional side. It’s fun for people like me whose content is premium so it’s nice to let a chart out into the wild if you will. It’s amazing that Twitter is free. It’s the most valuable thing I have that is free of charge in my life.

The key is not to waste hours on it and get addicted. And don’t say anything completely out of your expertise. People are following me for ETF information: they don’t want to hear my view on some big political event. I occasionally tweet about sports or joke around a bit – you need to show your human side, too.

JE: What has taken you by surprise over the last 15 years in the ETF industry?

Balchunas: I guess I’m surprised by how many new products come out every day. At some point, you feel like all the ground is taken up but it’s really not.

I’m also surprised by how many assets go to BlackRock and Vanguard. It’s way more concentrated on the ETF side compared to mutual funds. It’s a tough area for new providers to break into. I always refer to ETFs as a jungle, from an issuer perspective, because the money invested in ETFs is typically from early adopter type investors, it’s after-tax money, it’s picky and cost-obsessed. To sum up, it’s a difficult audience to please. As a provider, you’ve got to be good or cheap. However, what makes it so tough and brutal for providers is what makes it such a paradise for investors. It means they can get a full portfolio for almost nothing.

I do also appreciate the innovation and entrepreneurial attitude, including some of the wacky and solution-oriented products. Anything that was ever thought of on Wall Street will be an ETF and anything anyone can think of is likely to become an ETF. They won’t all make it, but the fact is that ETFs are like the Silicon Valley of the investment world and that keeps me interested.

JE: What do you find is the biggest misconception about ETFs?

Balchunas: My most recent PowerPoint has a section called: “ETFs: WMDs or Godsend?” So, you get the idea. In the last year, I can count 10 major attacks on ETFs. Most are histrionics from threatened parties like active managers. You can usually kill their concern with some context, like saying that junk bond ETFs have a 12-year record, they traded through 2008 and continue to do fine during blow-ups.

Where I do have concern is where the media doesn’t seem to focus. For example, I don’t think it’s a good idea to sell ETFs versus single securities: I think ETFs should compete more against mutual funds and derivatives. You don’t want ETFs to become so liquid that they suck liquidity out of the underlying stocks. You need the underlying to be very liquid for ETFs to operate at maximum efficiency. I also think ETFs can tempt you to behave badly, overtrade and time the market. There’s evidence to back that up.

But I don’t think ETFs are causing a market bubble, and I don’t think these fringe products like XIV [the VelocityShares Daily Inverse VIX Short Term ETN] are a big systemic risk. They may burn an investor here and there, but they don’t have enough assets to do more harm. I have this ’95-5 theory’ – which says that 95% of media coverage tends to focus on what makes up 5% of your portfolio and vice-versa. But ETFs are about really simple things: controlling your costs and managing your taxes, and most of the flows go is into boring, vanilla products.

JE: Do you make any predictions for how large the market will grow beyond its current level of around $5 trillion AUM?

Balchunas: I’m in the ‘double assets every five years’ camp. We’ve been in a nice, long market, so what I think will happen is that ETF assets won’t necessarily grow as fast as people think, but ETF market share will grow faster than people think. Let me explain: Active mutual funds have $10 trillion in assets. Even if they see outflows, the market return has more than made up for it and their assets have grown even more than those in ETFs or index funds.

It changes in a market downturn: that is where ETFs are going to slow down their asset growth but speed up their market share. In a panic, the money tends to go into lower cost funds.

So, forget the $5 trillion number and think more of the ETF market share – which is about 15% currently, (or 35 if you include index funds too) of all fund assets – likely growing to 50% in 5 or 10 years. That is the more bankable number than where the assets would be, as I’m skeptical the market will continue to rise at the same rate.

JE: What do you think of the bitcoin ETF saga? Will it happen or won’t it?

Balchunas: I think we won’t see bitcoin for a while. The SEC is conservative, and I think they have some buyers’ remorse for letting through all those inverse products back in the day.

Arguably, some of those funds might not have been valuable for retail consumption although I think they’re used properly. The reactionary media is looking for anything that could go wrong right now with ETFs and the SEC is probably reading those articles.

Long story short, I’d give it a less than 10% chance of seeing a bitcoin ETF in the next year and a 40% chance that we see one in the next three years.

JE: What advice would you give to people entering the ETF industry now?

Balchunas: Looking at your website, there are hundreds of jobs. The whole ecosystem will involve ETFs more and therefore there will be all kinds of jobs and plenty of opportunity. When I meet successful people in this industry, they’re usually enthusiastic and social, and they get involved. To me, the industry seems really in tune with the modern age of Wall Street. Younger people particularly fit in really well. I see it as a growing business but there’s no denying it will be harder for companies to make money.

JE: In 2016 you wrote a book called “The Institutional Etf Toolbox: How Institutions Can Understand and Utilize the Fast-growing World of Etfs”. Why should people read it now?

Balchunas: First of all, I worked my butt off on this book. I put everything I had into it. Even though a couple of years have passed, the arguments and topics are still solid. I covered things that were hot at the time like currency hedging and alts, and that gives it a modern feel. That said, I think there’s also more timeless helpful information on due diligence.

The book is a little more retail and adviser-oriented than the title suggests; the reason I put ‘institutional’ in the title is because I do peek into how the big fish use ETFs.

Ultimately, it’s a good primer of how we got here, why ETFs are used so heavily and the reader goes on a tour of all the asset classes, with me as the guide. Whether you’re an investor or wanting to just read up on the industry, the book makes a lot of sense.

I read five or six ETF books that were out at the time and I tried to work in their different angles, like the trading, analysis and the history of the industry. I tried to write it in a conversational way like we’re just having dinner, talking about the ETF world.

JE: Where do you personally see your career going over the next few years?

Balchunas: I think ETFs are becoming more integral to the whole enchilada, if you will. This year we launched the first ETF TV show which I work on and I’m also part of an ETF podcast.

We will see more ETFs entering the mainstream, and I hope to be part of it. I will be looking to build our Bloomberg Intelligence ETF research team building out a little bit. It is nice after all the work I’ve done in preparing for this ETF wave to break, that I’m now able to capitalise on that opportunity. Where those opportunities are going is hard to say exactly, but ETFs will branch out more in the retail and institutional worlds and I traverse both, so I hope I can be integral to how platforms build around ETFs.